← back to
180g
Get fresh music recommendations delivered to your inbox every Friday.
We've updated our Terms of Use. You can review the changes here. 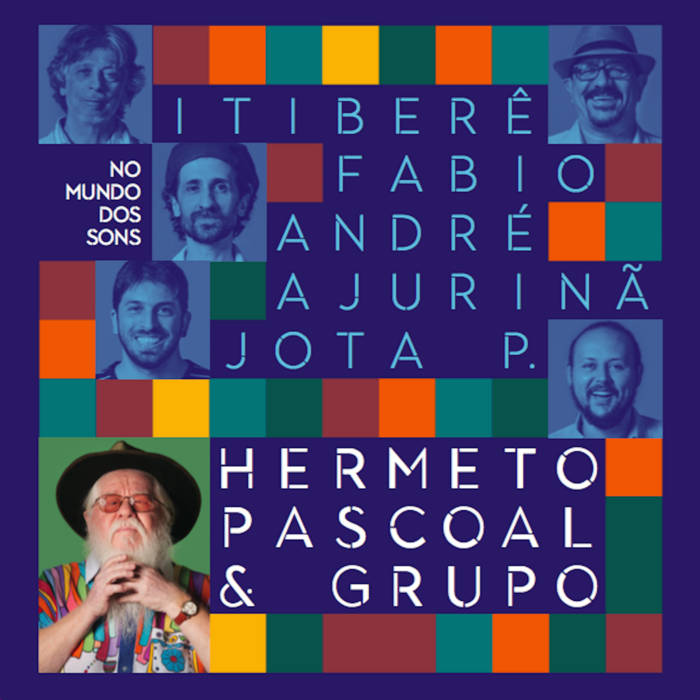 Disk Union Japan and 180g team up for an exceptional release with Brazilian legend Hermeto Pascoal's 2017 album No Mundo Dos Sons, his first recording with his band in 15 years, now available for the first time in gatefold double vinyl edition!

Album available in Japan at diskunion.net/latin/ct/news/article/1/71887 .

Wide ranging and eclectic, Pascoal is known as "The Wizard" because he can extract a sound from anything. While one cannot always be sure exactly what instrument in his arsenal he is deploying at any particular point in time, the results are marvelous, defying easy (or any) categorization. The 18 tracks, each of which have their own distinct personality and character, include elements of traditional jazz, Brazilian jazz, traditional Brazilian music, pop, African, symphonic element, as well as music from Pascoal's cerebrum. All are imbued with Pascoal's tools of the trade - whistles, screams, scales, keyboard, kettles, spoons, squeeze toys, children's voices, prepared piano and geese calls.

Band members - whose ranks include such standouts as João Paulo Ramos Barbosa ("Jota P") and Itiberê Zwarg - add Brazil's pandeiro, surdo, caixa, apitos, bonecos and agogos, as well as more conventional Western instruments such as soprano and tenor saxophones, flute, electric piano, electric bass and other instruments. Musicians and genres such as Terry Riley, Frank Zappa, Weather Report, Javanese gamelan and Indonesian kulintang, Philip Glass and others come to mind, but there is no real overlap: Pascoal has his own special brew.

No Mundo Dos Sons (released in 2017 on 2xCD format in Brazil, on Selo Sesc) is Pascoal's first recording with his band in 15 years. He recently told Brazil's Anoticia that "My music is not commercial; it's not like selling bananas or soap. I'm not in a hurry to record. My whole life is to do shows... I have a frightening amount of music, almost 9,000 compositions on paper. But do not confuse quantity with quality, see? I always worry about quality."

About 180g:
180g is a music agency providing vinyl pressing, distribution and licensing services specialised in the Japanese market. Its strong knowledge of the Japanese music scene and industry allows 180g to bring top quality solutions to the various international labels it is working with, for their development in Japan, and to Japanese labels for their development outside of the country. In addition, 180g runs its own record label.
180g.net

About Disk Union:
Disk Union Japan is a retailer and music label who specializes in the distribution of vinyl, CD, and music DVD to Japanese listeners. Disk Union Tokyo has been founded in 1969 and is one of the finest music and audio dealers and distributors in Japan. Its strong position allows Disk Union to successfully market the independent labels in the country. Its A&R department takes pride in providing Japanese music lovers with the freshest independent sound from all over the world.
diskunion.net

Bandcamp Daily  your guide to the world of Bandcamp